7 questions about the Rome Consensus 2.0 to Benjamin A. Levenson 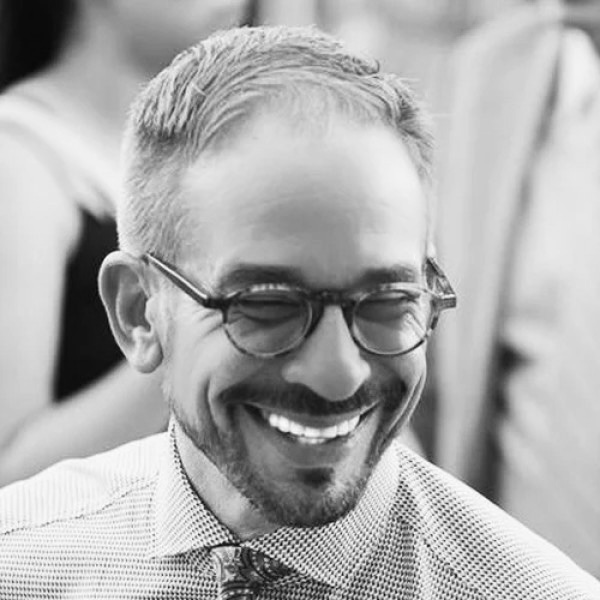 Together with C4 Recovery Foundation in 2012, the Levenson Foundation accepted leveraged support from a US-based dual diagnosis treatment system which we owned at the time, Origins Behavioral Healthcare, and began working to identify, fund and clinically augment small SUD treatment programs in the developing world or other distressed areas.  That exploration soon landed us in the Occupied West Bank/Palestine and Gaza where we focused on collaborations with programs near or in Palestinian refugee camps, like Shofat.  As we developed relationships within Israeli and Palestinian government, we also connected with other NGO’s operating in the region, including mental health colleagues from the Palestinian Red Crescent. The Rome Consensus initiative was part of the humanitarian drug policy programs promoted by the Red Cross and Red Crescent Movement.

The Levenson Foundation is a principal partner of the re-launch of the Rome Consensus.  It was originally created in 2005 and officially re-launched in 2020.  We feel extremely fortunate to fund and help steer such critical, high-level work focused on globally-relevant Humanitarian Drug Policy.

The Rome Consensus is innovative in that it guides Governments and International bodies to: “Provide comprehensive evidence-based mental health and harm reduction services that protect the health of people who use drugs.”  Today, in the US, healthcare is siloed. Individuals die every day in the care of US drug rehabs and sober houses. It does not mean that we want people to use drugs, it does mean, however, that we live in the realities that people do use drugs and we support them. The Rome Consensus supports unprecedented

disruption to how we fundamentally engage with and care for the entire cohort of drug users, including tens of millions without an addiction but who now are at-risk for overdose. This manifesto is groundbreaking because it offers concrete strategies to tackle the global crisis. Public health, universal access to evidence-based treatment, and alternative measures to incarceration are the pillars of the humanitarian action on which the manifesto is founded.

In keeping in line with the manifesto’s call for Governments and International bodies to “Provide comprehensive evidence-based mental health and harm reduction services that protect the health of people who use drugs”. Fentanyl Test Strips (FTS) is an example of a harm reduction strategy that can be implemented to reduce risk of an overdose. In 2017, the DOPE Project partnered with the Syringe Access Collaborative to pilot a FTS monitoring survey. One of the findings suggest that FTS are a useful engagement tool to foster discussion with people who use drugs (PWUD). In April of 2021, SAMSHA (Substance Abuse Mental Health Services Administration) released their support of grantees to purchase FTS due to the spike in overdose deaths here in the US. Research shows that, while only ~10% of individuals discard drugs discovered to be positive for fentanyl or analogues, better than 70% of individuals will intentionally modify their use to dramatically lower the likelihood of overdose and death. Fortunately, safer use is rooted in Harm Reduction sciences and, unlike treatment or recovery practices, works for everyone no matter their values, shortcomings or beliefs and that is rather valuable in public health. Opening a line of communication with PWUD allows for an autonomous decision to be made by that individual to determine what their life will look like including whether or not treatment is the path of their choice.

There has been profound and promising change in some American attitudes over the past five years. One feature which is different is the Law Enforcement community, one which previously helped lead the War on Drugs and PWUD, are now forcefully co-leading a sea-change. As most of us know, draconian drug interdiction policies and severe mandatory sentences for even minor possession and use were introduced.  A forty-year era intentionally naïve of research and drug use reality overtook America wherein still today, in key quarters, we continue to reject health and person-centered strategies due to ideological obsession with abstinence as the dominant pathway for people with risk-based relationships with intoxicants. Stigma became structured and enshrined and a largely privatized prison industry has grown exponentially increasingly disproportionally populated with ethnic minorities and the poor. Never did we foresee a day where we would sit, accompanied and supported by Law Enforcement officials, in front of Congressional policy makers and advocate for humanitarian treatment for people who use drugs.  We are at a hinge of history, but like all hinges it can move to open or shut the door.

Our goal, now, is to establish a wider alliance among activists, professionals, beneficiaries, and NGOs working in the field. We need partners in humanity, especially in this stigmatized field, in order to illuminate an international conversation on how to respond to drug use. The expected outcome is to build upon the first Consensus, opening the door for new signatories around the world, and providing a reference model for best practices on humanitarian drug policy.

How can a citizen who believes in the protection, right to health and access to treatment of people with substance use disorders support and promote a humanitarian drug policy?

The first step would be to sign in support of the Rome Consensus 2.0 to stay up to date on news and upcoming events. http://romeconsensus.com/sign-on-preference/

Secondly, I would suggest for any citizen to identify and support groups in their community that focus on promoting a humanitarian approach to drug policy. Right now, in the US, legislative sessions are currently convening for the purpose of lawmaking. Many bills are being presented that relate directly to substance use and the individuals that use them.