Origin and purpose of the rome consensus manifesto by his founder, Dr. massimo barra 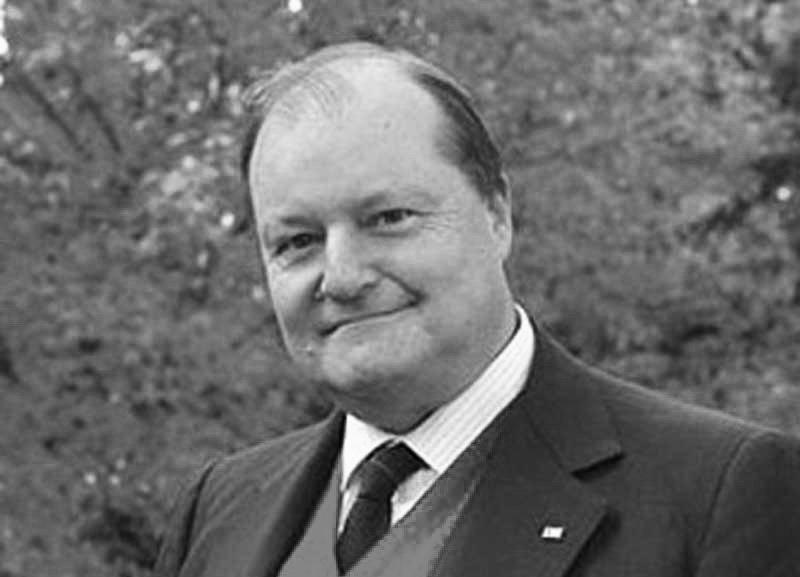 The Rome Consensus for Humanitarian Drug Policy was created in 2005 and developed as a partnership between the Italian Red Cross (ItRC), the International Council on Security and Development (ICOS) and the Villa Maraini Foundation (VMF), the first statement was signed by 121 National Societies of the Red Cross and Red Crescent Societies.

The Rome Consensus 2.0 is a re-launch and review of what we’ve done and learned so far, at a series of meetings to promote discussion and then action on the Consensus Statement. So that together we can respond rapidly and effectively towards the death toll caused by drugs. We are interested in facilitating access to treatment, promoting rehabilitation, social integration services and protecting people with drug abuse disorders which are some of the most vulnerable groups.

In 2019, the US opioid overdose epidemic worried us. Almost 70.000 people a year are dying due to fentanyl synthetic opioid and by the overuse of opioids prescription in the US. That’s why we decided to build an open partnership with NGOs and CSOs working in the field and promoting our same humanitarian approach to drug problems. For this reason we made an open call to make an international meeting in Rome, October 2019, to re-launch the Rome Consensus and update the text to the new trends and needs to combat drug abuse worldwide, under the protective role of the Red Cross/Red Crescent Emblem.

This initiative brought together leaders, experts and public authorities from across the world to explore ways to effectively combine health, criminal justice and community responses to addiction. The goal was to find a common strategy, based on our experience on the ground, to find a cross cutting solution to avoid the suffering and death toll caused by drug abuse disorders, by inspiring and spreading a humanitarian drug policy approach worldwide, and influence policymakers at the end.

In reference to the 7 principles on which the Red Cross is based, the first and most important is the principle of humanity. It means that intervening in favor of the most vulnerable people represents unquestionably a priority, both in times of war and in times of peace.

The Red Cross, under its international and national framework, works to prevent and alleviate the suffering of men and women in all circumstances. It tends to protect life and health, to enforce respect for the human person, and promotes mutual understanding and assistance to the most vulnerable people.

Therefore, its mission is not only focused on emergency response and rescue. One of the primary goals of the interventions of the Movement is also the prevention of suffering that could lead to death, and it is for this reason that all Red Cross operators in the world are concerned with spreading education and human rights. The right to access health services, including treatment is a human right. The Rome Consensus statement has been created with the intent to bring relief to the people who suffer from drug abuse disorders without any discrimination and reduce the harm caused by pathological addictions.

People with pathological addictions are among the most vulnerable in the world and for this reason the Movement takes care of them. We do not want to leave anyone behind. The Movement has been following this path for many years now and has started by launching meetings to promote advocacy actions at a global level within the Rome Consensus initiative. One of the most important advocacy actions is the participation of the Rome Consensus leaders to the United Nations Commission on Narcotic Drugs in Vienna.

The initiative has been collecting over 100 signatures from national Red Cross and Red Crescent societies but has not yet taken on an incisive role. This is due to the fact that according to public opinion the Red Cross focus is basically only dealing with emergency response during earthquakes, natural disasters, wars, epidemics etc.

The truth is that the Movement is engaged in many other areas including the promotion of human rights including the access to health services such as prevention, treatment and rehabilitation.

We therefore decided to resume the Rome Consensus and update it to make it more effective and open to civil society. Today the goal is to convince governments to deal with the fight against drug addiction correctly.

One year ago, when we launched the Rome Consensus 2.0, I clearly stated that this initiative aims to improve the life conditions of those who developed a pathological addiction due to drug abuse and suffer because of the harmful consequences of their disease.

If you give a look to the Rome Consensus statement, we are not expecting the impossible, we are suggesting a minimum standard that national governments and local services should follow if they want to improve the health and social consequences caused by the drug supply and demand, and if they have the interest in reducing human suffering, violence and waste of public funds.

Therefore, along with Member States and Civil Society, we need to clarify a crucial issue concerning the international debate that shifted for so long the attention from the concrete solutions available to improve health conditions for people with drug disorders to the sterile debate between the supporters of prevention or of harm reduction or of treatment, as they were belonging to 3 different parties fighting each others.

The debate has largely been characterised by the division between Harm Reduction supporters and their opponents. In some cases, it remains only a linguistic problem despite its concrete implementation on the ground, the term Harm Reduction is taboo even if it is applied. From the recent plenary of the last United Nations Commission on Narcotic Drugs during April 2021, we were happy to hear that some Member States finally clearly used the word harm reduction in its official speech, as was never heard before.

During the 64th session of the United Nations Commission on Narcotic Drugs, as IFRC we organized a virtual side event: “Moving beyond the divisions, in order to develop humanitarian drug policy: the role of the Rome Consensus 2.0 initiative” with the aim to discuss on the same table between governmental bodies, CSOs, beneficiaries and international organizations, about the importance to make a common effort of dialogue to move beyond all ideological divisions and clarify that, after 30 years of international debate, there is no point in arguing between supporters of the various approaches, the only urgency is to save people lives together.

The real dramatic issue is that only 1 out of 8 people with drug disorders have access to the treatment worldwide. This is the main political systemic problem to solve urgently. The pandemic highlighted that the response of many governments to drug health problems is inadequate. We cannot continue to share statements during international conferences while we are facing one of the biggest humanitarian emergencies. It is in the interest of all governments to facilitate the access to treatment and promote alternative measures to prison in order to save people lives, dignity and future.

We are focusing our efforts in finding new allies amongst Member States and Civil Society Organizations that can share the same vision as the Rome Consensus leaders.

We strongly believe that the amount of patients with drug related disorders included in the public health care system, should represent the success rate of a country’s health policies.

As the GDP indicates the state of well-being of a country, the amount of treatment access rate of people with drug disorders represents the progress of a country, in terms of public health, wealth and respect of human rights.

We all must overcome the false dichotomies between prevention, harm reduction, treatment and recovery.

The Red Cross and the Red Crescent, along with all the supporters of the Rome Consensus 2.0 believe in the so-called: continuum of care. An integrated system of care that guides and tracks patients over time through a comprehensive health approach that meet and treat all the patients without discrimination. The starting point of any treatment for people with drug disorders, is to avoid the point of non-return, and starts with harm reduction, to avoid irreparable harm to health and to keep the person alive and safe.

Evidence and personal experience in the field shows that therapy is a long path. The chance of success of the therapy is always proportional to the time spent under treatment that’s why therapies cannot be “cash and carry”, there are still too many treatment approaches that aim to rapidly detoxify patients. This doesn’t work. Behaviourist and dogmatic approach, neither works. A good treatment program must be adapted to the motivation of the patient, tailored to the needs and will of the person, and not vice versa, if you want to succeed.

Above all, treatment should be available, accessible, sustainable, human, and supported by public authorities. Evidence shows that those who have access to a proper, non-violent, and comprehensive treatment path, become less dangerous for themselves and for their community, and have greater chance to quit from drugs and experiencing improvements in all the aspects of their life.

It is necessary to ensure that the treatment environment is friendly and focused on the specific clinical needs of each patient, which encourages rather than deters individuals from attending. I used to say that we should roll out the red carpet to patients that are under treatment to welcome and support them in their recovery journey.

In this regard, the best prevention is the therapy itself. The more people you treat, the less they can have a negative influence on their peers. This is the main solution of the humanitarian drug policy.